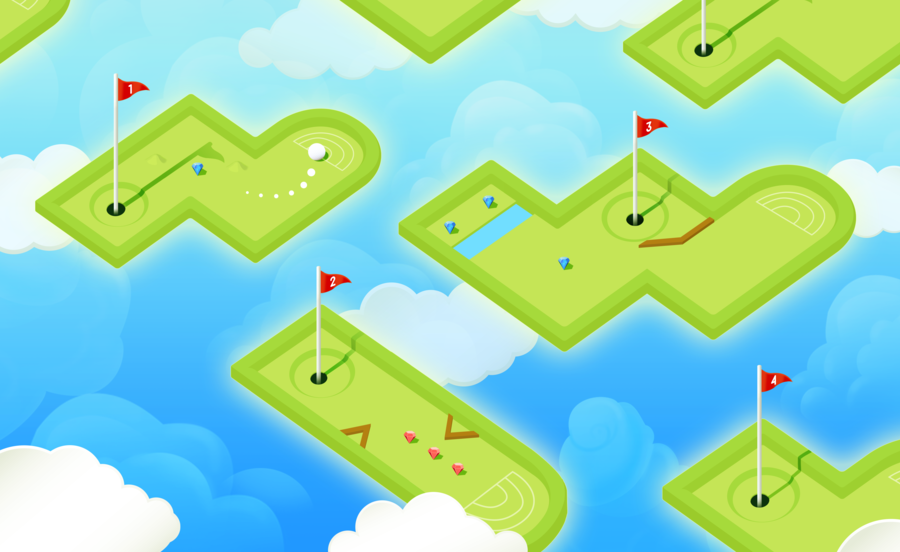 - Title shows big potencial. The key for it’s commercial success is to raise  big numer of users and keep them for the longest in game. That’s what we are focusing on–  underlines Maciej Byczyński, who is looking after hyper-casual programme in Vivid Games. Pocket Mini Golf landed to Apple App Store and Google Play in last week. Game being simulation of mini golf is an over 50 levels on diverse difficulty in esthetic graphic casing.

- As other hyper-casual titles, Pocket Mini Golf monetizies through displayed advertisment formats. This type of monetization always was our strong point and we are planning on exploit  it even more. In the same time we are working on  monetization of micropayment in mid-core titles –says Remigiusz Kościelny, CEO of Vivid Games. Awaited by players  multiplayer mode went to players all around the world 12 of march. –I can only say that incoming details from PvP update in Space Pioneer shows significant growth of metrics in players committment –CEO sums up.

Vivid Games intensively works on development of portfolio. To soft launch phase in this week will land another two hyper-casual titles - Skyward dash and Slider Road. Next to announced on the end of march hyper-casualowej  premiere of Endless Lake game, the partnership forecasted also first from this year premieres from mid-core segment. Zombie Blast Crew being the spin-off from Space Pioneer will land to global distribution in III quarter this year.