Zombie Blast Crew will scare you on Halloween. The premiere of Gravity Rider Zero in August. 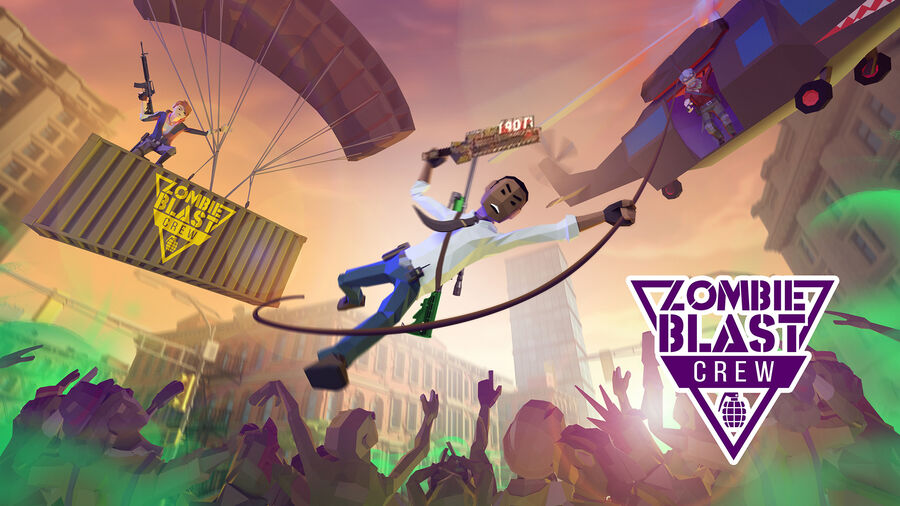 Vivid Games announced dates of two premieres from the mid-core segment. Gravity Rider Zero will appear on the Apple App Store and Google Play on August 26th. The premiere of Zombie Blast Crew is planned in Halloween. In this year company plans to send ten more mobile games from the casual segment, and also first titles for theNintendo Switch.

„Gravity Rider Zero” is a continuation of brand Gravity Rider, which went to 6,5 mln users till this time. It will offer the gamers 100 routes and 20 vehicles. It will appear also on the Nintendo Switch platform. Official premiere on the Apple App Store will be on 26th of August. It will also debut on the Google Play.

- We used tested gameplay to modify structure of the game so it would better fit in to the expectations of the players. We changed the monetization by focusing on publicity formats, subcription and direct purchase of cars  – says Remigiusz Kościelny, CEO of Vivid Games. ­– We have wide plans to concern about this brand – we will insert to it component of a synchronic multiplayer, just as the ability of creating levels by players. We also consider next hardware platforms – Kościelny continues.

„Zombie Blast Crew” is an action game in the reality of Zombie apocalypse. It offers the ability of gameplay in event modes, multiplayer, survival, tourneys, ranking lists and single player campaign. Premiere is planned in the distribution channels on 31th of October.

- Keeping low costs of production we managed to make much bigger job than we firstly planned. The construction of meta-game has improved, the player progres system, just as the gameplay – which offers much more variable and absorbing  gameplay. To players disposition will be more variety of characters and content. – Remigiusz Kościelny comments , CEO of Vivid Games. ­– We tested the game for few months and we are happy about the growth of the metrics. We decided to release the game about Zombies during Halloween, which from marketing point of view has the most sense – Kościelny adds.

Besides new mid-core mobile games adressed above, till the end of the year the portfolio of Vivid Games will get bigger at least on the catalouge of mobile games from the casual segment. First titles should land to distribution in Nintendo Store due to collaboration with Qubic Games.

–We are in the middle of several new projects, both coming from publishing program as well as new Vivid Games projects. Soon we will announce new titles. – Kościelny sums up.