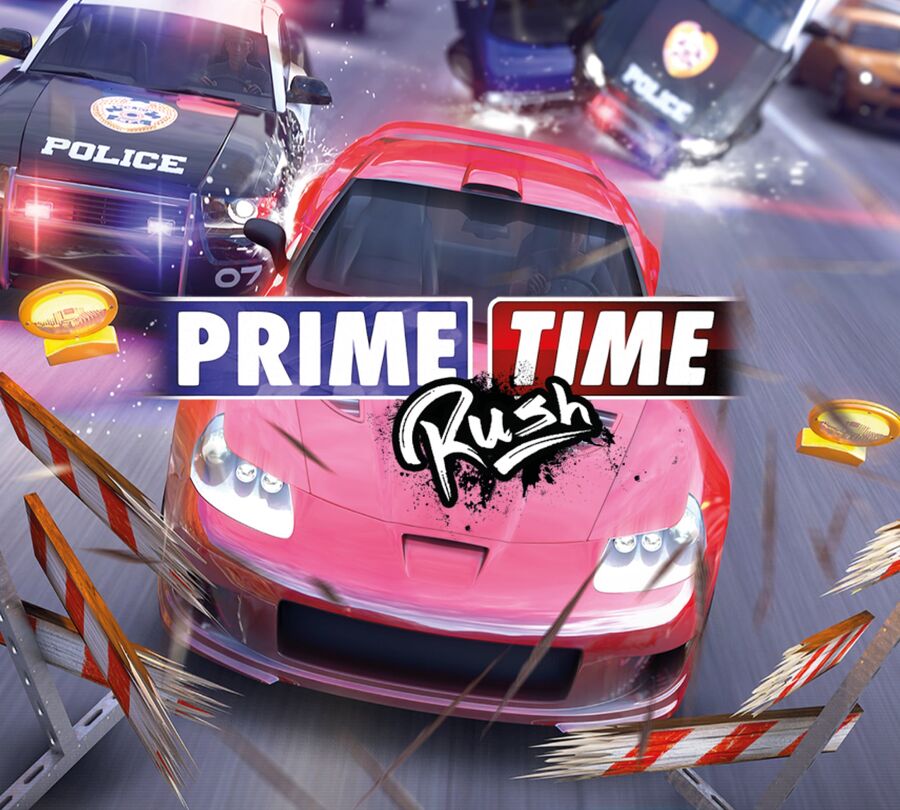 Vivid Games Publishing acquired another game for their publishing portfolio. Prime Time Rush – a racing game from Invictus Games will be soft launched this year and will be released on iOS and Android.

Prime Time Rush is a racing action game to be distributed in free-to-play business model. The title stands out with detailed 3D visuals and fast paced gameplay with up to 200 missions to complete. In Prime Time Rush the player drives a runaway car hired by a TV channel, which broadcasts live police pursuits on the highway in several locations. The main goal of the game is to gain more viewers by overtaking traffic cars and smashing special vehicles by the requests of the TV channel's boss. Players would choose from a variety of vehicles and wide range of upgrades, power-ups, boosts and items for even more entertaining gameplay. The competitive side will be diversified with additional game modes, involving players in smashing armored cars to steal the cash, attacking a prison bus or escaping from the police search. Leaderboards, following friends and substantial rewards will be only a fraction of what would urge players to compete. - The game broadens Vivid Games’ portfolio towards racing games and is another free-to-play project that would be distributed in the near future. The game already looks great and thanks to our experience it will increase in value even more – Koscielny ads. - We are thrilled to work with a publisher such as Vivid Games on our latest game, Prime Time Rush. We are confident that Vivid Games' know-how in free-to-play games and their experience in live operations will be a huge benefit for Invictus and for the game - Tamas Kozak, CEO of Invictus.