Vivid Games has established the publishing road map for 2018. 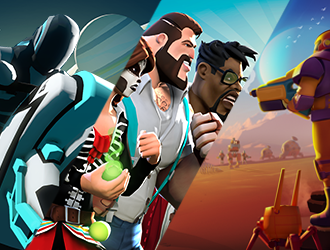 Vivid Games has established the publishing road map for 2018.

Metal Fist and Space Pioneer launch in the first half of year.

Three mobile titles from Vivid Games will be released before the end of August. The action game Space Pioneer goes to app stores as a first in May, the fighting game Metal Fist will be next in June, and the racing game from publishing program - Gravity Rider has its premiere in August.

All of the announced games offer players high quality, engaging gameplay and outstanding visual effects. They’re also focused on the online interactions in both cooperative and competitive modes. - We’re pleased with the increasing value of each game. The metrics growing with every single update, great players notes and satisfying focus-test results fill us with the optimism. – says Remi Kościelny, CEO of Vivid Games.

Currently we implement last functionalities while focusing on the game balance and the highest achievable technical quality. We’re adding final touches simultaneously on both – iOS and Android – platform. Games are already available on the Apple app store and Google Play in the soft launch phase.
The promoting campaign will begin just before hard launches and it’ll be focused specifically on the sales channels. – I strongly believe that the great success of Space Pioneer, Metal Fist and Gravity Rider will allow us to grow and develop even more intensively. Similarly to the Real Boxing brand we’re planning long term revenues exploration, but now the basis are much stronger.- adds Remi Kościelny.

Vivid Games has established the publishing road map for 2018.
BACK