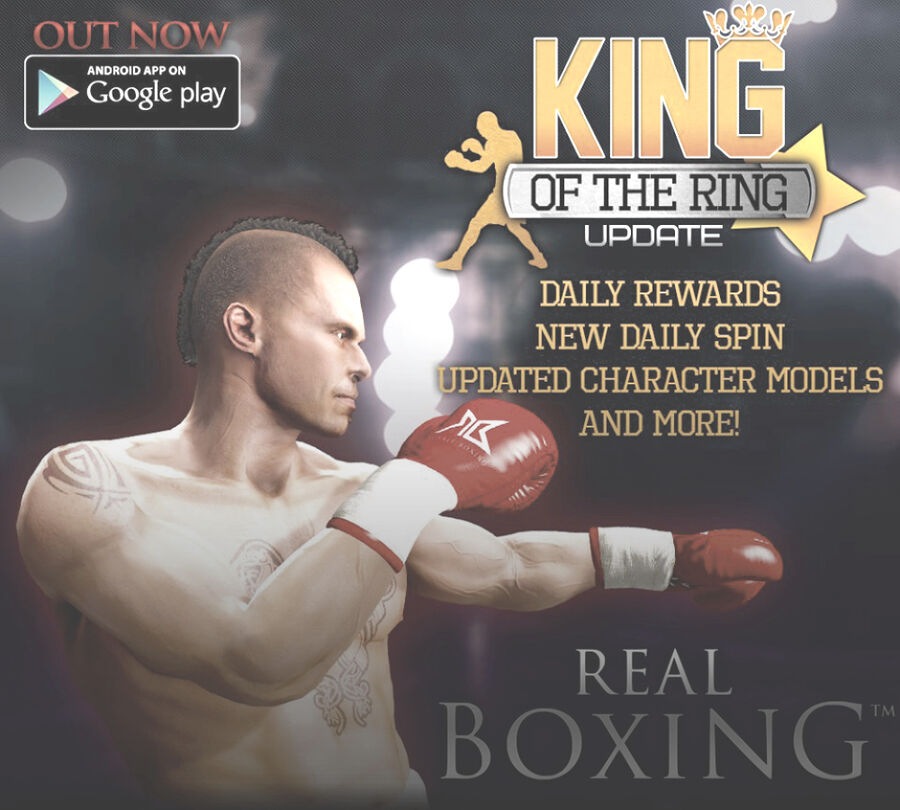 Players are now rewarded for playing daily with a brand new Daily Reward system, as well as an enhanced Daily Spin with bigger rewards and a new Mystery Box packed full of surprises.

Improved player interface now allows for smoother navigation, while updated character models and a number of tweaks and improvements to gameplay make the game play better than ever.

Real Boxing® with the King of the Ring update is available for free on the Apple App Store. The Android version of the new update will release on Google Play Friday, April 24th.