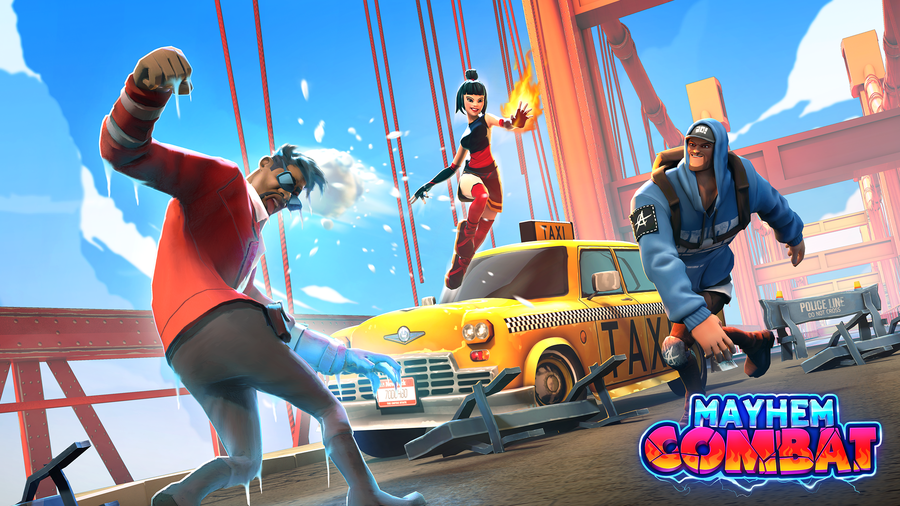 Mayhem Combat is the biggest production in the history of Vivid Games. At the same time Mayhem Combat is the second title (after Space Pioneer) published by Studio this year. Innovative fights, multiplayer and unique artistic setting guarantee crowd of fans. In the first week of distribution the Game is offering Mayhem Tournament in which the rank leader can get 1000 $!

Mayhem Combat bases on multiplayer game and offers a few game modes like classic 1v1, Tg Battle and Mayhem Royale for 10 players. It contains also the campaign for single player. Game dynamism and variety are provided thanks to unique combat system for each character and nature forces connected with equipment.

The creative courage is this what we need creating innovative games. Working on Mayhem Combat required also patience, because lots of elements we had to change before the final effect was achieved. In my opinion we accomplished quite a lot – the game is truly beautiful, involves, engages and offers very deep experience of entertainment and as well great portfolio of characters and weapon. Tittle is our tribute to arcade-fighting games from 80-90’ – underlines Mateusz Dzikowski, Product Owner of Mayhem Combat.

Mayhem Combat has great commercial potential. Thanks to high gameable, expanded opportunities of the character and equipment progression it receives the record-breaking players notes and achieves the popularity ranks.

This game combines the knowledge and experience collected by us in last few years. It has occurring quite long but the final effect is worth it. The availability of multiplayer modes with valuable prizes will be definitely the one of our development lever – comments Remi Kościelny, CEO of Vivid Games.

On July 13th the game has its debut on Android Platform via Google Play Store. Next Vivid’s premiere this year is futuristic racing game from publishing program – Gravity Rider in August.